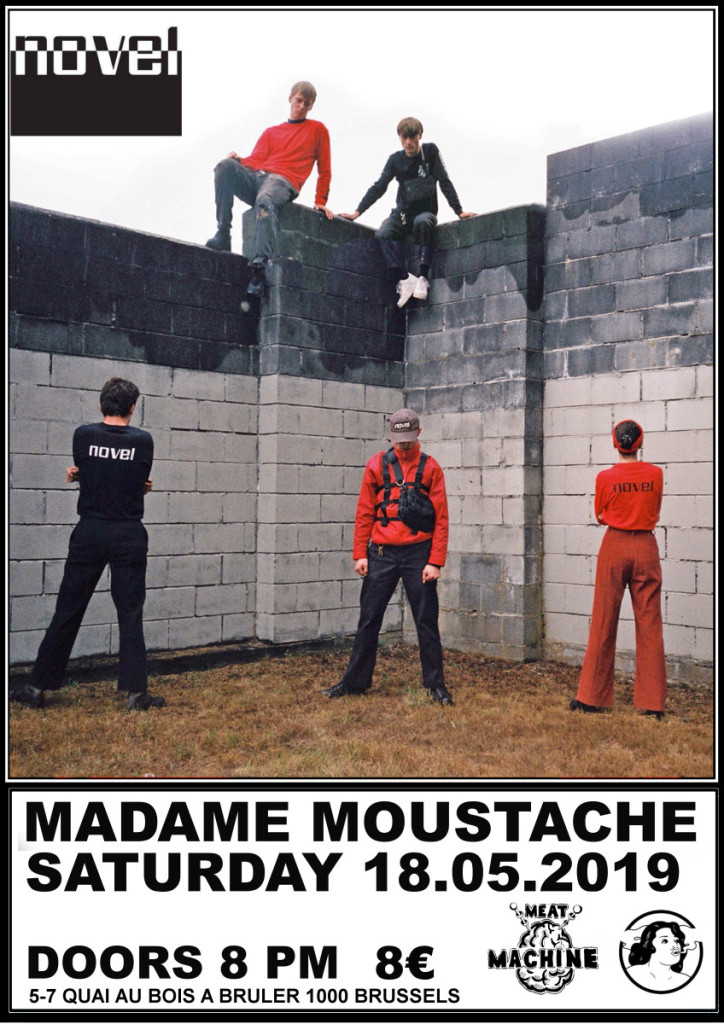 Novel is an engine of entertainment and social criticism weaponizing rhythm and melody against the unsound powers that be. Rigid new-wave, angular funk, polyrhythmic disco and intellectual punk together approximate a radical new sound that forms the principal means of ideological circulation. Drawing influence from such mindful predecessors as Devo and Public Enemy, Novel offers an empowering, politically-charged stance in fierce opposition to the modern cultural landscape, reflecting the corrupted nature of humanity back upon itself.

A sense of foreboding and comic paranoia pervades the debut EP: corporate power looms large, technological isolation seems omnipresent, and bureaucracy mines the psyche of detached participants. This constructed reality presents a hard-earned escape through critical thinking and direct action, acting as a call to mindfulness and moral resistance. Translated through the power of electric music.

This is the new milk group project, and logical continuation of “Frances’ Foes” (Montreal Band) with one of the new members of Brussels, and another band name. Enjoy Kids !