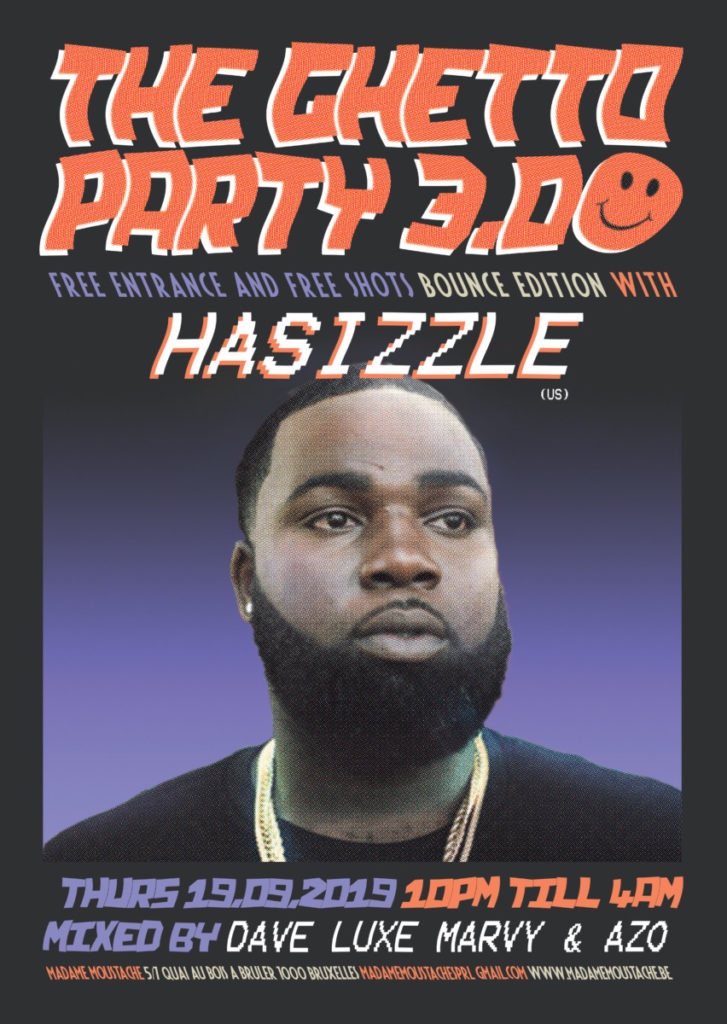 Hasan Matthews, a.k.a. HaSizzle, was born in New Orleans, Louisiana, March 16, 1988. He was raised in the B.W. Cooper housing complex aka the calliope project neighborhood as the son of Denise Matthews. Leaving the hood at the age of seventeen, Sizzle became a drug dealer, which he proclaimed was his only source of income. Hustling’ one’s way was a common life for a young Black man trying to make a living in the ghetto. His career choices involved certain risks. However, a trip to his first Dance party turned into him performing and RAPPing new things in bounce music dat left everyone talking about his skills on the Mic. Sizzle became one of the city favorites, Sizzle was known as The Voice Of New Orleans Bounce Music for begin the youngest artist in the bounce game. Sizzle laid down some bounce tracks and later was passed around and played at local radio station in New Orleans.

Sizzle is one of New Orleans top 5 bounce artists now. He performed at SXSW 2013 Listening to bounce music all his life, growing up in the streets of New Orleans “HaSizzle” started his career in 2002 when he hooked up with legendary dj Blak n Mild he dropped his first hit “She Rode Dat D**k Lika Soulja, 2 months after that Buckle Your Knees , got real popular at the beginning of 2003. He then came 2 years later (2005) he had New Orleans Twerking down with (Bounce It Biggity Bounce It). Hasan was inspired by other local bounce artists such as, Mc T.T Tucker, Dj Jubilee, Josephine Johnny, Vockah Redu, Big Freedia,Sissy Jay,M.C. Calliope Priest and Many More. He’s A Artist That Really Love His Fans. After performing at his first nationwide show at Voodoo Fest 2012, Sizzle knows that he can make things happen in his bounce career as being known as The Voice of Bounce & Twerk Music. Sizzle continues to record hit songs and R&B bounce mixes from state to state, He is very open to working with New Styles of music.

Starting his career in his native Belgium, Dave Luxe began collecting records at an early age.

With a varying taste for electronic and hip-hop music, Dave’s talents for merging the two genres was found through nothing more than a love for the diversity within these two sounds and the ways they can work together.

Dave’s productions are both versatile and identifiable as he works in classic R&B, new school Club cuts, or cutting edge Rap joints into his remixes, originals, as well as his high energy live sets.

His influences are wide, both through time and space, ranging from the darkest East Coast Club music to cutting edge beats from Latin America and Africa.

Through his many travels and the events he organized in his hometown Brussels and abroad, Dave Luxe has shared the stage with many world-renowned artists and has built a solid reputation in the underground scene both as a producer and a DJ. His remixes have been widely acclaimed, as well as his releases on numerous forward thinking labels, and gained support from major players, from obscure talents to superstars DJs.

Marvy is a versatile DJ and Parisian producer, well-versed in everything from electronic music (House, Bass, Tech) to urban music (Hip-Hop, Soul, Funk) …
He has been part of five years of unforgettable parties with his residencies in Paris at the renown The Social Club and Nouveau Casino with the Booty Call Records Crew but also at Rex Club, Batofar, DJOON, Point Éphémère, inviting many quality international artists to the Parisian stage.

The craziest girl in the block is throwing the best and more tasteful parties in Brussels, such as the “ Dance Resurrection ”, “ BENEDICTION – Rituels Exceptionnels ”, and the “ PINK NIGHT : Closing party of Genres d’à Côté / Pink Screens Film Festival ” is also a Kiosk Radio resident.