The Ghetto party 3.0 with Kwistax 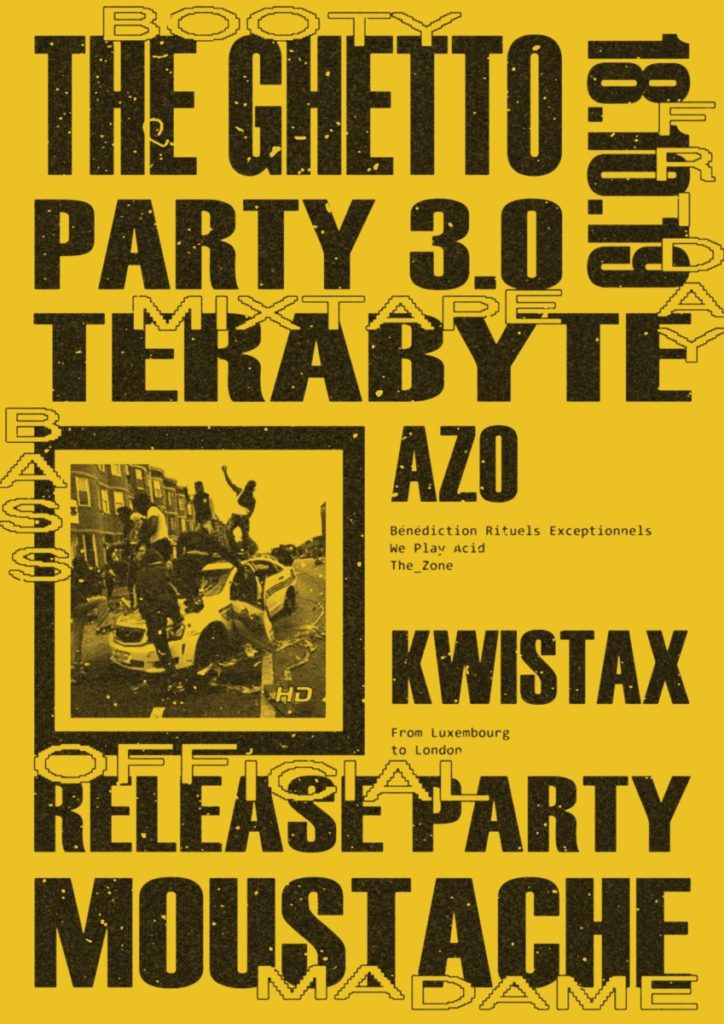 The Ladies’ favorite DJ Kwistax is unknown for most, but he has pushed the limits of deejaying in a lot of ways, erasing boundaries between current music genres.
Until 2016, he has been co-hosting the local “Btycl” party in Cologne. Because of his love for UK club culture, he became a resident at the popular Big Chill Bar in Bricklane in London from 2011 to 2014. He is the co-founder of the critically acclaimed and forward thinking “Freaks & Geeks“ partynights. He brought contemporary trendsetters like Martelo, Oneman, Bok Bok or Canblaster to Brussels between 2008 and 2012. Kwistax was also a resident at the Regulate parties, and opened the “Ardentes” Festival in Liège along with long time fellow DJ Dave Luxe in 2013. Speaking of Liège, he occasionally joined forces with the infamous Belgian “Partyharders” and “Forma.T” crews at their crazy events.
As a talented party or mixtape DJ, Kwistax has been gaining crowds for almost two decades now.

The craziest girl in the block is throwing the best and more tasteful parties in Brussels, such as the “ Dance Resurrection ”, “ BENEDICTION – Rituels Exceptionnels ”, and the “ PINK NIGHT : Closing party of Genres d’à Côté / Pink Screens Film Festival ” is also a Kiosk Radio resident.